SAU Entertainment Through the Years

Have you ever wondered what Spring Arbor University (SAU) students back in the “olden days” used to listen to for music or what movies they watched? It wasn’t Taylor Swift and Kanye tunes or Nicholas Sparks movies that many enjoy nowadays, but was instead the type of entertainment that has led us to where the industry has expanded to now.

Matt Gin, the SAU personnel in charge of alumni relations, helped “The Pulse” get in contact with SAU alumni from the past decades, 1960’s and beyond. Below, we’ve listed what they have said were their favorite songs and movie during their time at SAU.

1960’s Favorites (Mel Starr, SAU Alum 1960) “This was the decade we were introduced and fell in love with The Beatles,” said Starr. 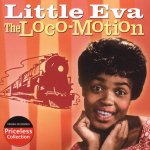 This song was used as an example for Jesus

“School’s Out” and “Eighteen” were breakout hits

The 1980 movie made Kenny Loggins “I’m Alright” a classic

“Let’s Hear It for the Boy” became famous from “Footloose”

The now Christmas classic kicked off the 90s

Many other now classic movies were enjoyed by 90s SAU students