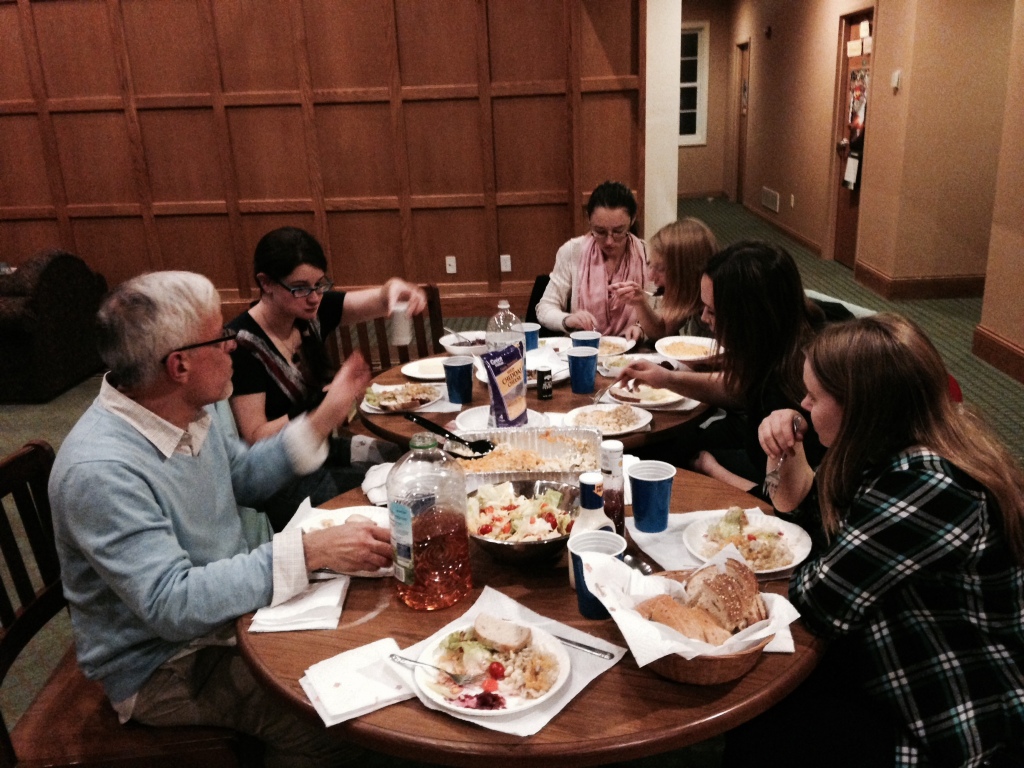 A recent addition to Spring Arbor University’s World Languages Department is Deutsch club (or German club) led by Prof. Kim Bowen, which was officially recognized last semester. Students can look for the German flag outside Ada’s Kitchen (in Poling Lobby) on Tuesdays at 11:30 a.m. to practice their conversational German and discover more about the culture.

In April, the club will be putting on a German festival. There will be opportunities to eat German food, study a bit of the language, practice some German dances, and practice Scherenschnitte, an art form similar to making paper snowflakes.

“We are excited to see the campus get involved.” says Bowen.

On April 25, students will be traveling to Ann Arbor based German restaurant Metzgers for lunch. There students will receive an entree and drink, have the opportunity to taste a variety of side dishes and eat dessert for only $13.95, including tax and tip. At 3 p.m. they will be back on campus to watch the award winning Das Wunder von Bern, which tells the story of Germany’s soccer team after World War Two. History professor Dr. Correll will be guest speaking.

Events are open to all students and everyone is encouraged to attend.

Past events included visiting the Christkindlmarket, an outdoor German Christmas market, in Chicago. There students had the opportunity to practice conversational German with the vendors and sight-see in the Windy City.

“Generally Germany doesn’t get a lot of attention. This club is just bringing more to the World Languages Program.” says Allie Herkenroder, president of Deutsch club.

Spring Arbor University students have the option to take two years of German classes. During this time students learn about the basics of the language and culture. Prof. Bowen begins every class with a German scripture.

Games are often played to keep the students engaged.  “I want my classes to be interactive.” Bowen explained.

Finally, both a study abroad and cross cultural experience is available in Germany. Both of these opportunities are available to students who do not speak the language. The University of Regensburg will be hosting their first Spring Arbor University student next fall, with two more planning to attend in the spring. There the students will have an opportunity to travel throughout Germany and the rest of Europe, including studying art in Rome and politics in London. The program is designed for Christian universities. Students will also have opportunities to do mission work.

“So much of American culture comes from Germany,” says Herkenroder “there is so much going on in the world and it is important to see how other cultures play with each other. Being able to see other country’s perspectives and the relationships between countries can help in a time of crisis.”