Pranks, Pizza and Preaching: When Faculty were Freshmen

By Luke Richardson and Emily Spencer

Finding out some of our professors went to Spring Arbor University (SAU) as college students is like that time in first grade when you found out your teacher doesn’t actually live at school. Here are some stories from when professors and faculty really did live at school.

Mary Darling transferred to Spring Arbor for her second year of college and did not know what to expect.

“It was the mid 1970’s at the height of the ‘Jesus Movement,'” Darling said. “Living in a triple on Delta Three in Lowell Hall was a challenge. My roommate thought I wore jeans too much so she put them in the freezer in our room so they would be too cold to wear.”

In addition to her rooming woes, Darling remembers veggie pizza made with veggies left over from the previous week’s meals.

“DC pizza now is so much better,” Darling said. “Just don’t put any cauliflower on mine.”

Ron Kopicko originally came to SAU because the man who led him to Christ became the Dean of Students. One of the things he remembers most are the relationships he formed, which still last today.

“There was a real sense of ‘we’re not in this alone,'” Kopicko said.

On the weekends, Kopicko and a friend would hitchhike as far as they could and be back before classes on Monday. They carried a sign with the word “West” on one side and “East” on the other and flipped a coin to see which way they would go. He shared Jesus with people along the way.

In the fall of 1970, Paul Patton attended Spring Arbor as a freshman baseball player. Patton was assigned to Gamma One in Lowell Hall, the only freshman student on a senior floor.

He did not find out until a year later that his baseball coach from high school warned SAU that Patton might have had a drug problem. The admin agreed the seniors should keep an eye on him, though Patton did not actually struggle with substance abuse.

“Finding out blindsided me,” said Patton. “I felt isolated and alone at first, but I quickly made new friendships, played baseball, and Christ was more alive in me that first year than ever before. I loved it.”

Chuck White knew he would attend SAU since he was about four years old, and campus was quite different when he arrived in 1967 compared to now. Food was served in the basement of Muffit rather than in the Dining Commons, Deitzman was the brand-new library and freshmen students had a 9:30 p.m. curfew designed to encourage studying.

One night while White was a freshman, he was out on the town with some senior friends. Since upperclassmen did not have a curfew, no one was watching the time, and before White knew it, he was out too late. However, White’s RA did not check people’s rooms, instead choosing to leave his door open and listen for those who came in late. Luckily, White’s room was on the corner of the building.

“I climbed up the fire escape and went in through the window,” White said. While other freshmen got caught, White was safe thanks to his alternate entrance.

While many professors viewed college as a privilege, others tended to lean toward feelings of obligation.

“I never wanted to go to college.” Dan Runyon said. “My mind was made up. I wanted to pursue a factory job, but my father wouldn’t hear of it.”

Nevertheless, Runyon loved spending time sitting in his dorm hallway and talking with his floormates. During his time as a student at SAU, Runyon grew in his relationship with Jesus Christ and now encourages his students to do the same. 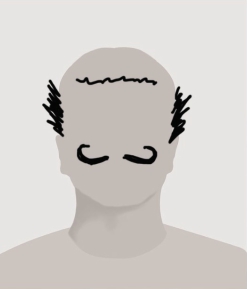 The silverware debacle of 2014 was not the first time that students played a prank on the DC.

When Jeremy Norwood was a student at SAU, the DC had cardboard cutouts of cereal mascots on display. Some of Norwood’s floormates decided to kidnap the cardboard cutouts and hide them in the ceiling tiles of their room in Ormston Hall. According to Norwood, the DC was quite upset at the loss of Tony the Tiger and Toucan Sam.

“We would get them out and take pictures of these things in distress,” Norwood said. They would give the mascots speech bubbles and arrange them for the pictures as though they had really been kidnapped. After the pictures were developed, they mailed them to the DC to heighten their frustration even more.