Adventures Across the Pond: My Study Abroad to Oxford University

Last spring, I had the opportunity to study at the University of Oxford for a semester.  While there, I was able to travel to numerous countries, and see lots of amazing things.  Here, you’ll also be able to travel to the places I did, as I share some of the highlights of my trip!

This is the Vines.  I lived here for the three-and-a-half months at I was in Oxford, along with 33 other students from the United States. 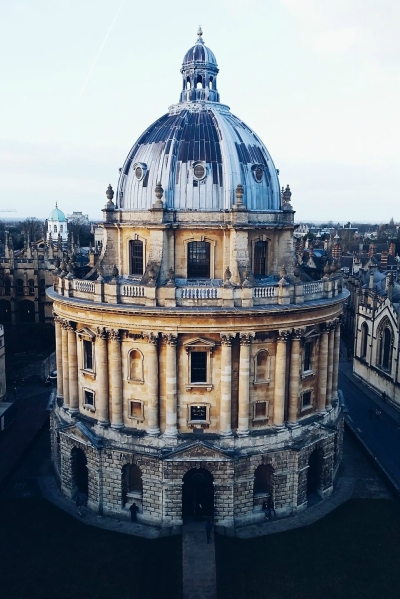 This beautiful building is the Radcliffe Camera, one of the many libraries that grace the city of Oxford. I spent many hours in this library reading historical texts and working on essays.

Here we see the official residence of the queen: Buckingham Palace.  It’s always been a dream of mine to see this place, so I was thrilled when I got to go not once, but twice!  Unfortunately, I was unable to go inside, but there’s always next time.

A Day Trip to Wales

One of the places I got to visit was Cardiff, Wales.  We took a train from Oxford and spend the day exploring city centre, Cardiff Castle and the bay area.  I loved getting to see the history of this place, and experience a culture that was similar to England but still quite different as well. 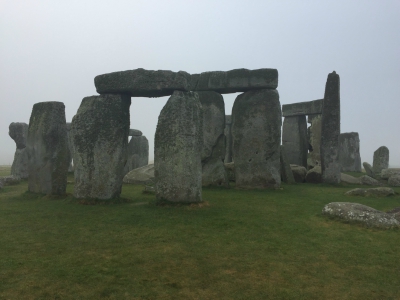 I was also thrilled that we got to go to Stonehenge.  Even though I was told not to get too excited, since it was just a “pile of rocks,” it was so cool to see and to imagine how people over 1,000 years ago managed to stack the rocks like they did.  It was also fun to hear the different theories about why Stonehenge exists.

During my Mid-Term break, some friends and I traveled to Poland for three days.  We explored Warsaw and Krakow, looking at the old architecture and exploring the Jewish quarters.  We also spent a day touring Auschwitz and Birkenau, which was incredibly emotional, but I learned so much about the people who died there and the impact the camps had on Poland.  As a history major, and even more so as a human being, I was shaken as I stood in the same place thousands of people died and tried to imagine what it must have felt like then.

On a lighter note, after exploring Poland, I traveled to Barcelona to finish out my Mid-Term break.  While there, I got to see La Sagrada Família, which is a Gaudi-designed basilica.  It has been under construction for about 100 years, but as the detail is so intricate, it is easy to understand why!  We also look at some other Gaudi buildings, walked along La Rambla,and stuck our feet in the Mediterranean Sea.  I definitely felt like I was in the Ed Sheeran song while here.

The City of Bath 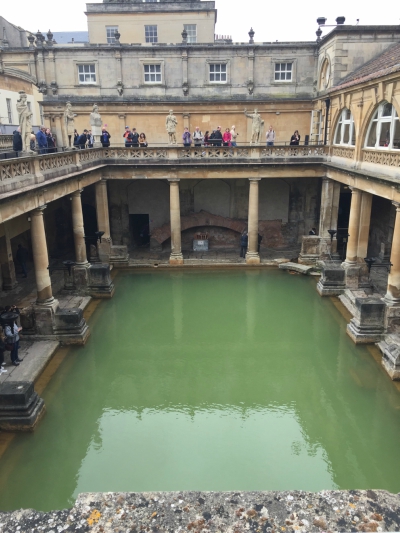 While studying at Oxford, we went on class field trips to different cities throughout England.  One of these cities was Bath, which is appropriately named due to it being the home of the Roman Baths.  While the water does not look very appealing, it was amazing to visit a place the Romans once used.

This is the Coventry Cathedral, in the city of Coventry.  The city had been heavily bombed during WWII, and was mostly destroyed, including the cathedral on the left.  All that remained of the original cathedral were the walls and the altar.  They eventually rebuilt the cathedral, seen on the right, and host daily ceremonies to remind people about what happened in Coventry, to show the power of forgiveness and to pray that something like this never occurs somewhere else again.

As a huge Harry Potter fan, I couldn’t not explore one of the most iconic places: Hogwarts!  Now, I didn’t get to visit Warner Brothers’ Studios, but I did get to visit something just as good, Christ Church College.  This is where the Great Hall is based on, and where the staircases that lead to the Great Hall are located, as seen above.  These staircases are easily visible in the first movie, which always gives me a sense of happiness and nostalgia every time I watch the films.

Last but not least, is this photo from London.  It is so quintessentially British that I would be a fool not to include it!  You have Big Ben’s tower, the London Eye, a black cab, and a red double-decker bus all in one shot.  I loved getting to explore London, and I had the opportunity to spend my last day in England exploring this amazing city.  I spent hours inside the Tower of London, walked across Tower Bridge, saw Westminster Abbey and the Houses of Parliament, walked through Trafalgar Square and ended the night by seeing Les Misérables live on the West End.  I was so sad to leave this beautiful place, but I can’t wait to go back and see everything once more!  I love England so much and it will always have a very special place in my heart.

If you enjoyed this article and want to learn more about my semester abroad, you can read my blog, http://lilyoconnorblog.wordpress.com/.