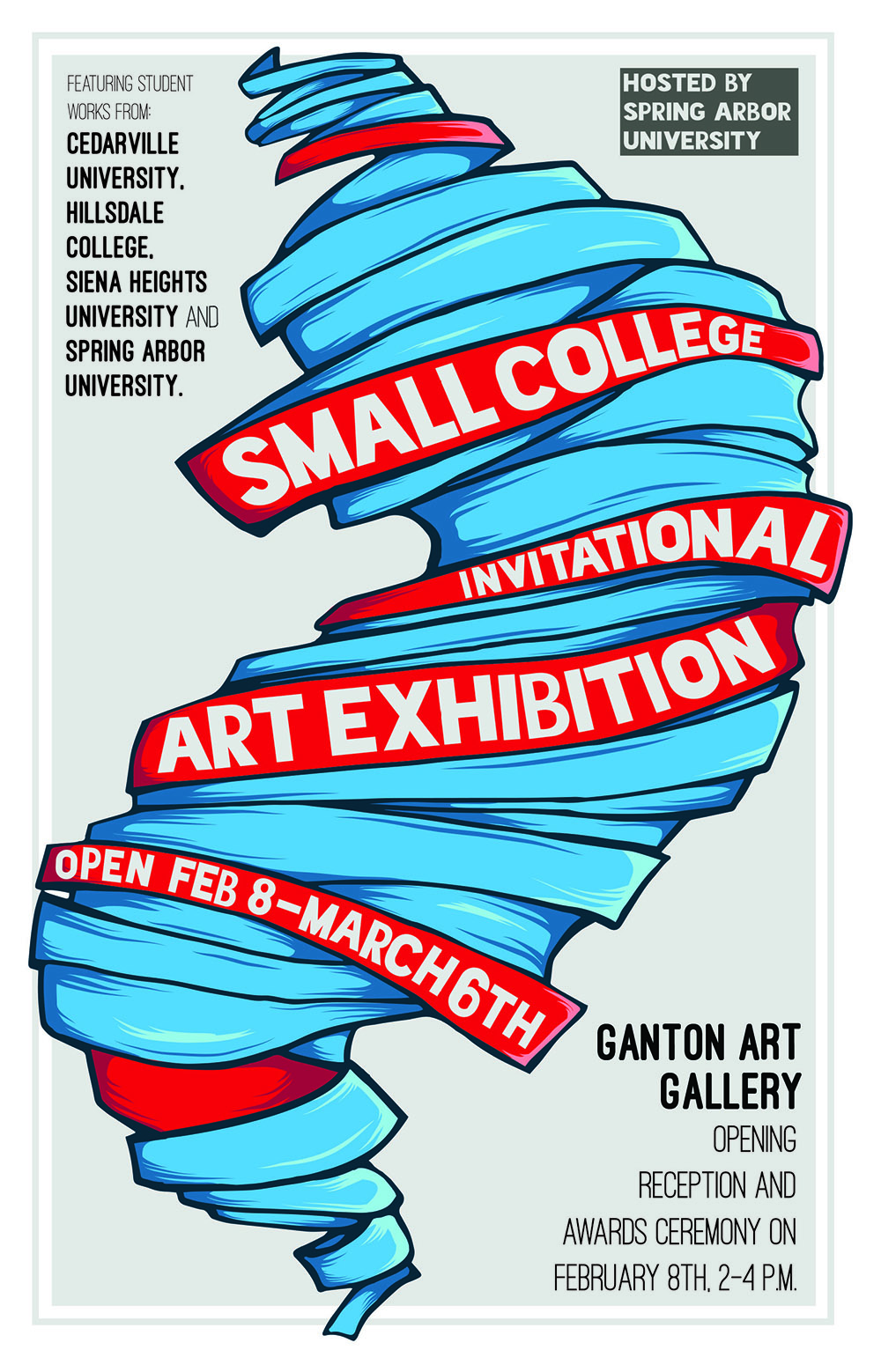 Out of 207 pieces entered, 77 were accepted into the show.  The juror was a professor of photography from Michigan State University, Peter Glendinning.  An awards reception was held February 8 where Glendinning made comments about the winning pieces.  Kerri Conrad, winner of the graphic design award, said he noted the quality of her work and that it was portfolio-worthy.

Professor of 3D design J.D. Garn said he is biased but SAU’s art program is impressive, especially compared to other schools the same size.  The schools competing in this exhibition are about the same size and focus their art programs on good ideas, good technique and good design.  Together, the schools donated $1000 to the exhibit.  Glendinning decided to divide the money amongst the five categories, with $100 going to each winner and $50 to each honorable mention.  Shannon Bardwell, winner of the painting award, said she spent her cash prize to buy another book about painting.

Kim Bigos won the sculpture award for her life size wheelchair made out of little green army men.  She said she wanted to convey the concept that veterans sacrifice much when they serve and we honor them for their service, but we don’t really think about the effects.  Bigos used more than 1000 army men, spending 60 hours on the sculpture.  Bigos said, “I get asked a lot if I have a family member in the military and I do, but that wasn’t what I was thinking of when I created this piece.”

Amelia Harris won the award in the drawing/printmaking division for her illustration of a fairy escaping from a jar.  She tried different drawing techniques before deciding on stippling, which means it is created with tiny ink dots.  Harris said she was thrilled to be accepted into the show and shocked when Glendinning called her name to receive the award.  She said, “I was just really honored that he chose my piece, because there were so many good pieces.”

Kerri Conrad said, “We have a close-knit community at the SAU art building, and I appreciate the ability to comfortably approach other artists for their opinions.”  She said it is constructive to receive criticism and she values others’ critiques.  Shannon Bardwell said the encouragement of her peers motivated her to keep working even when she felt her painting wasn’t going to turn out or when she thought she ruined the painting with a brushstroke.