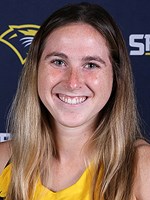 According to an article by SAU official spot website, saucaugars.com, Ryan Frost’s victory count made him the third SAU head coach to reach that mark. The coach with the number of highest wins is Tom Britsch with 289 wins. Second is Darrell Dunckel with 207 wins.

Game highlights include Gracie Cabana hitting three shots from behind the arc. The Cougars scored 20-12 in the first quarter.